As the story goes, a few years ago James was attending a party to which some of the people who put togetherStar Trek: Deep Space 9were also invited. Being quite the science fiction fan himself, James spoke to the producer and asked half-kiddingly, “So, who do I have to kill … and I don’t mean kill … to get a part on the show?” Well, a few weeks later … voila! … James the Space Cadet!

Here are a few pictures of James in his various costumes. 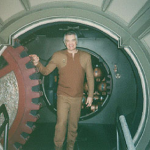 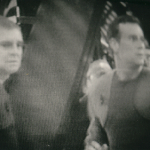 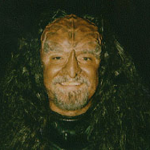 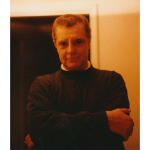 Some glimpses behind the scenes … and a trading card, too! 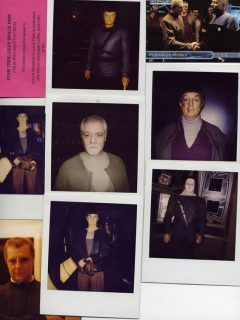 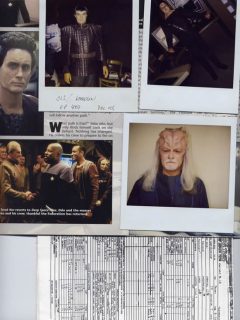 So, if you find yourself watching ST:DS9 one fine evening, look in the background for a tall Bejoran or maybe a Singing Klingon or an outerspace being of some sort …
All photographs are the property of the original photographers who retain the copyrights and may NOT be used without written permission. Contact Russ for more information concerning the photographs.