From the director of Badfinger, The Life & Times of Steve Marriott & Eric Burdon & The New Animals – Live at the Coach House, Gary J Katz delivers an uplifting & entertaining film about a musician/comedian’s 50-year journey following his heart and his music!

James Lee Stanley has been the opening act for just about every famous performer in the music and comedy industry for over 50 years. Jackson Browne, Chicago, Poco, Emmy Lou Harris, David Crosby, Steven Stills, Linda Ronstadt, The Grass Roots, Ricky Skaggs, Little Feat, America and the list goes on and on.

This is an uplifting story about perseverance and a commitment to succeed regardless of the odds.

He has written over 1,000 songs and released 34 albums. With his sharp wit and warm, self-effacing humor, he tells extremely funny and touching stories of life on the road. And has opened for many top comedy legends including Steven Wright, Andy Kaufman and Robin Williams.

Starting his career in the early 60’s, James’ music is woven through the decades of time. Always receiving brilliant reviews for his performances as well as his album releases, he has often been compared to James Taylor, Cat Stevens and Gordon Lightfoot. Songs about love, songs about adventure, songs about defiance. The soundtrack spans his entire career and includes twenty-four of his most revered compositions, along with a rare performance of Two Man Band featuring Peter Tork of The Monkees.

This is not another story about the vagaries of show business. This is a story about hope, perseverance and the pursuit of the American dream!

“This is The Extraordinary Journey of
James Lee Stanley”

A soundtrack album of eighteen of his songs will also be offered separately and together as a package.

Songs Include:
Every Highway, Afternoon Rain, Washaway, Hey Look At You, A Little Applause, Tale From A Blue Comet, We’re Not Alone, Rowboat In The Attic, Eclipse, Dark Road, Butterfly, Three Monkeys, The More I Drink, Touch Like Magic, Some Say, Jericho Wind, Take It From Me, Harris Creek Shuffle, Daughter Divine, Freeway Wine, Redwood Landing, Long Way From Home, Have You Seen Your Mother Baby, Standing In The Shadows 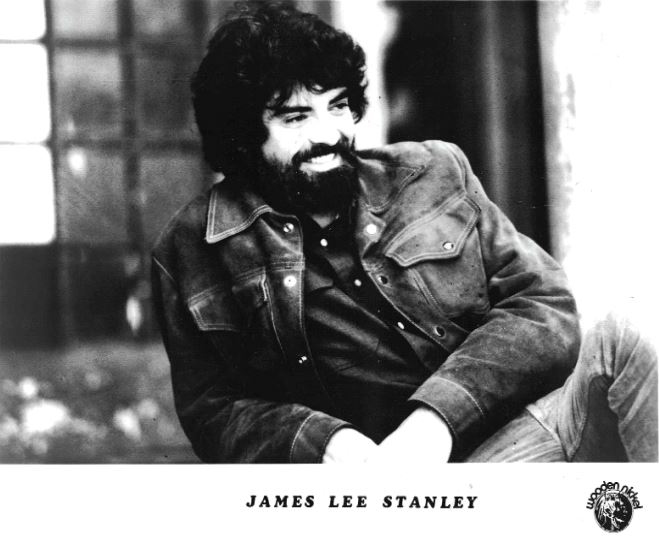 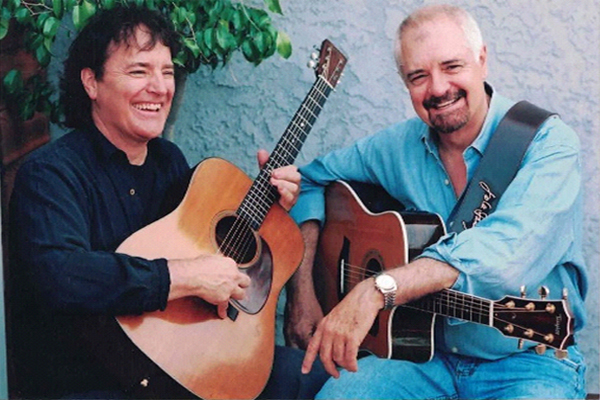 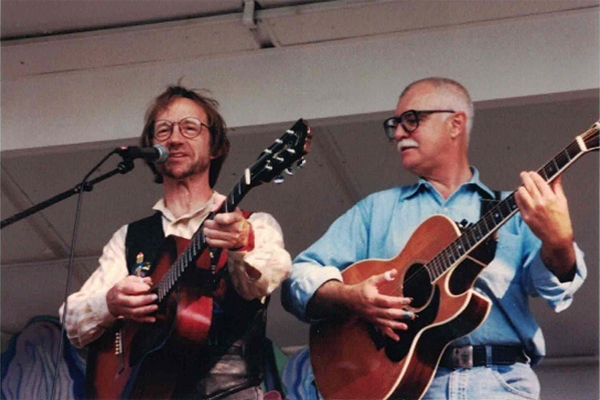 Previous: James Lee Stanley on the Genius and Friendship of Michael Smith
Next: All Wood And Led 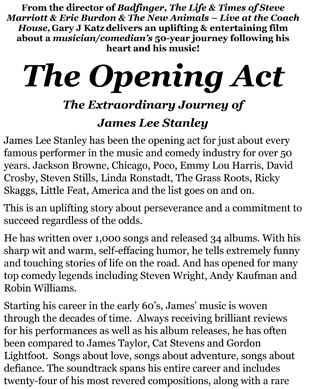