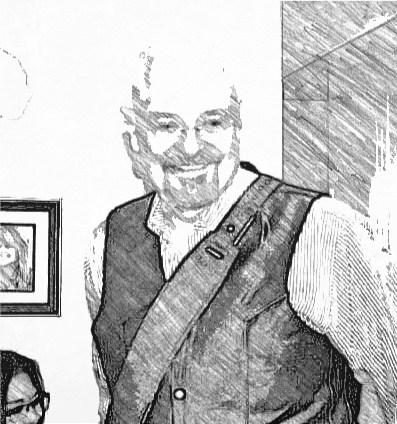 Last night I finally assembled the new CD. It’s a live thing I did with two of my favorite musicians contributing to my songs (plus a Michael Smith tune, a Beatles and a Stones cover). Cheryl Prashker on percussion and Chad Watson on bass.

The premise was to go into a studio and with no rehearsal, just play my songs and see what happens when three musicians just listen to and react to each other. Yes, my songs have definite form, but whenever the muse struck us, we’d just continue playing.

I made a list of about twenty five songs and sent them to Cheryl and Chad. Chad has been my accompanying me on bass for several years so he was familiar with most of the songs, but Cheryl, whom I met and jammed with at the Folk Alliance Conferences thru the years, had never actually played with me on stage. However, her instincts for my music and her sensitivity to what is happening not to mention her chops, made her the perfect choice for this acoustic power trio.

We hooked up in Philadelphia at Morning Star studios and just to put the pressure on, we put the word out that we were recording a live CD and invited anyone who was interested to grab a ticket, as seating was limited. We got a goodly crowd and fed them finger food and mouth drinks.

In less than three hours, we recorded about 23 songs. Some not complete songs and some keepers. What you hear, is just what happened, no rehearsal, no fixes; just roll the tape and get it down.

I mixed it at Beachwood and yes, I did whatever studio tricks I thought would serve the tunes, but it is just the three of us, raw, unadulterated and so very musical.
I did edit a lot of the dialog as I believe that kind of stuff gets old fast on a recording but there are a few anecdotes that I believe that you will not only find amusing, but also make you feel like you are there.

The songs run the gamut of my 27 recordings: Going Back to Memphis, Three Monnkeys, Worry Bout You, Touch Like Magic, All I Ever Wanted, I Don’t Want To Talk About It, Miss You, Drive My Car, Racing The Moon, The Street Where Mercy Died, Here We Are, and the never before recorded or released Easy To See, Do It In His Name and the fabled The More I Drink.

I was thinking of calling the CD, Warts and All, but my wife talked me out of it. It will be available in about 23 days.